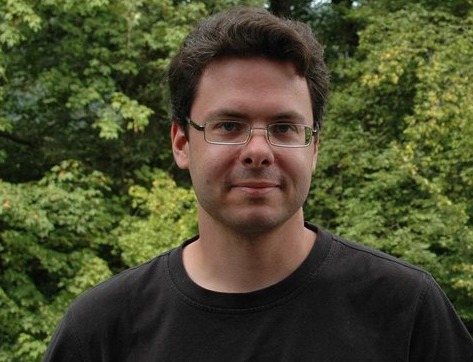 Research Interests: Mark is a theoretical astrophysicist whose research interests broadly cover structure and galaxy formation, dark matter physics and large-scale hydrodynamical simulations. He makes extensive use of numerical simulations using state-of-the-art high-performance supercomputers around the world. Cosmology and galaxy formation only recently entered their golden age with an enormous amount of observational data becoming available. This allows detailed tests of theories of structure formation in the Universe. The combination of ever more sophisticated observations, theoretical models, and powerful supercomputer simulations have lead to a better understanding of how galaxies and structure in the Universe have formed. Large-scale cosmological galaxy formation simulations play a crucial role in this process. Mark and his group develop galaxy formation models for these large-scale simulations and confronts the output of these simulations with observational data. They are also developing new methods to extend and improve galaxy formation models. He has been working on new numerical methods to model anisotropic thermal conduction in galaxy clusters, the large-scale properties of cosmic magnetic fields, and first self-consistent models of cosmic dust within galaxy formation simulations. Mark also explores dark matter scenarios beyond cold dark matter by performing and developing new simulations of alternative dark matter models. He could demonstrate that some of these models are capable of solving outstanding small-scale problems of the cold dark matter paradigm. 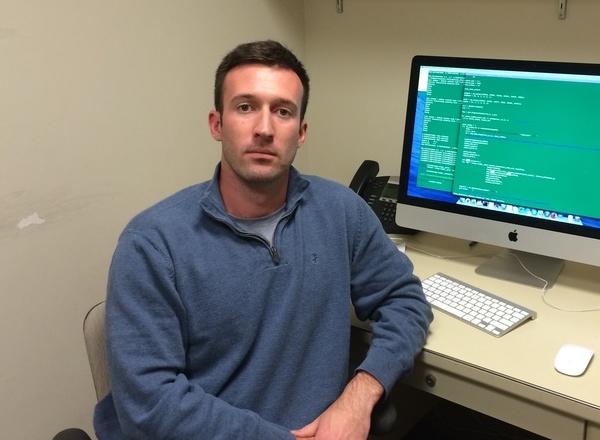 Research Interests: Paul's research focuses on understanding the role that feedback plays in driving galaxy formation and evolution. Paul was a core member of the Illustris collaboration which ran large volume cosmological simulations of galaxy evolution with a complete feedback model. These simulations simultaneously evolved large populations of galaxies from high redshift to the present day universe under a consistent set of physical (feedback) assumptions. Paul now works on improving the feedback models including in large volume simulations by performing detailed modeling of black hole feedback in very high resolution simulations when considering the coupling of high velocity BAL winds, radiation pressure, etc. to the surrounding ISM. Such simulations can be used to improve the feedback models that are incorporated into next-generation cosmological simulations, as well as improving our physical understanding of the role that quasar feedback plays in galaxy evolution. 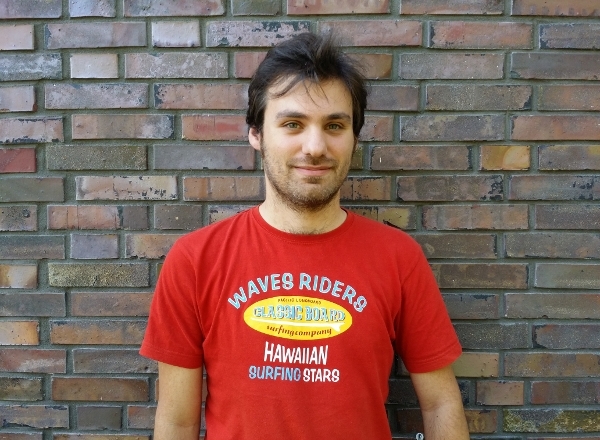 Research Interests: Federico's research work is focused on the topic of the formation of galaxies similar to the Milky Way, their internal structure and their interactions with the surrounding environment. He studies this complex problem with state of the art numerical simulations ranging from large-scale cosmological simulations of the formation of a single galaxy in its cosmological context, to small-scale runs investigating more specific processes that play a key role in driving galaxy evolution. He has a strong background in numerical hydrodynamic simulations that make use of massively parallel codes and high-performance computing facilities. He is currently part of the team developing the moving-mesh code AREPO and the new forthcoming public release of the Tree-SPH code Gadget. He is also interested in the creation of new codes for astrophysical applications, including sophisticated post-processing tasks. Research Interests: Hui’s research focuses on the design of noval star formation methods in cosmological hydrodynamic simulations with high mass and spatial resolutions. He studies the formation of massive star clusters in dense molecular cores and their subsequent dynamical evolution in a cosmological context. He is now mainly working on: constraining star formation and feedback prescriptions using the properties of model star clusters; tracking the tidal disruption process of massive clusters in realistic galactic environment; investigating connection between young massive clusters formed at high-z and globular clusters observed in the local universe; exploring the effect of anisotropic thermal conduction on AGN feedback. 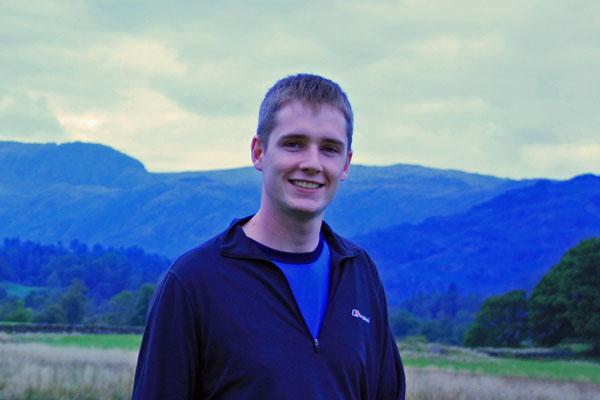 Research Interests: David's research interests focus on the theoretical modelling of the formation of galaxy clusters to further their use as a probe of cosmology. The largest collapsed structures in the Universe; a cluster’s observable properties are the result of a complex interplay between their internal astrophysical processes and the fundamental cosmological parameters. His recent work has focused on state of the art hydrodynamical simulations that yield increasing realistic clusters and calculating mock observable properties in a manner consistent with observational techniques. This has enabled an examination of the relative importance of baryonic processes on cluster observables and their evolution with mass and redshift. Currently, he is simulating high-resolution clusters using the EAGLE model to understand how cluster galaxies shape the ICM and the impact of ICM structures on observable properties. Research Interests: Aaron’s research focuses on the formation of galaxies and supermassive black holes using state-of-the-art radiation transport calculations in the context of high resolution cosmological simulations. In particular, the Lyman-alpha line of atomic hydrogen is an especially powerful probe of the high-redshift universe due to its characteristic strength and spectral properties. He has developed novel methods to significantly accelerate Lyman-alpha simulations, so that full radiation hydrodynamical coupling for resonance lines becomes feasible, which is applicable to a wide range of astrophysical settings.. 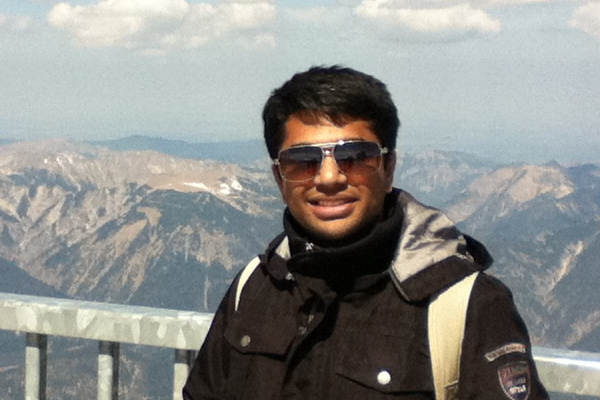 Research Interests: Rahul's research focuses on theoretical and numerical modeling of galaxy formation in a cosmological context. He has mainly worked on: Quantifying the effect of local radiation fields on gas cooling rate in galaxies, which in turn determines the gas accretion rate thereby regulating galaxy growth. Investigating the role of various feedback processes in regulating statistical properties of galaxies. Quantifying the effectiveness of mergers in transforming galaxy morphologies Determining dark matter properties by modeling the signatures of DM-galaxy interactions and using the center of Milky-Way to test the strong field predictions of general relativity 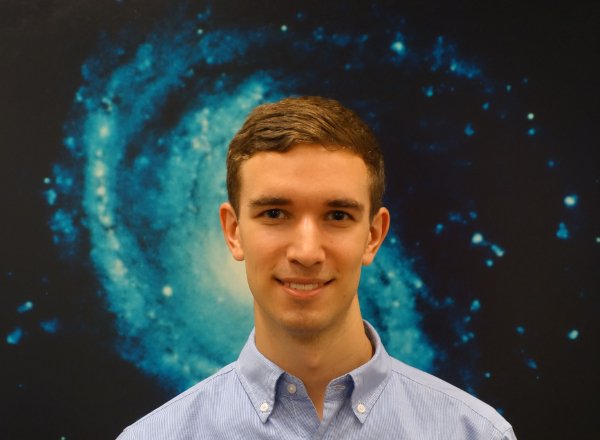 Research Interests: Ryan is interested in computational science and astrophysics, and his current research focuses on the effect that dust has on baryonic physics and galaxy evolution. The presence of dust in and around galaxies affects their photometric and spectroscopic properties, and so this work impacts comparisons with observational data. The observational community is especially interested in understanding the formation of high-redshift dusty quasars and galaxies, motivating the inclusion of dust and its physics in galaxy formation models. Numerical simulations provide the ability to probe early epochs where data is limited. His work is supported by a Department of Energy Computational Science Graduate Fellowship. 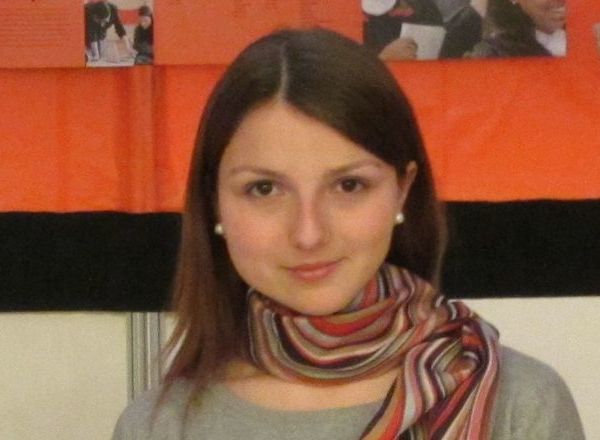 Research Interests: Cristina's research interests lie in the broader field of computational astrophysics. She is interested in using numerical simulation to understand how different experimental observables depend on various types of baryonic physics processes as well as understanding how different particle physics models impact the assembly history of the universe. Motivated by a dramatic increase in sensitivity of astrophysical experiments over the past decade, she is currently working on understanding how observable profiles of galaxy clusters are impacted by different physical processes as well as how such profiles can provide estimates of other, non-observable, cluster parameters. Research Interests: Stephanie is interested in galaxy formation and galactic environments. Her current projects include using numerical simulations to study the impact of dust on galaxy properties such as temperature and studying the distribution and composition of dust in and around galaxies. This is especially important since dust can have a significant observational impact and could be an important feedback mechanism within the galaxy. She also uses the IllustrisTNG simulations to study statistical properties of clusters as they evolve through time to the current structure.